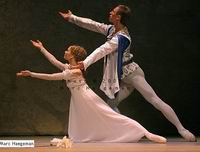 The Mariinsky Ballet Company is closely linked with the entire history of the development of Russian choreographic art which has begun some 250 years ago. Since 1783 the company performed at the stage of the St Petersburg Bolshoy (Stone) Theatre and from 1885 onwards the ballet productions have been staged at the Mariinsky Theatre. 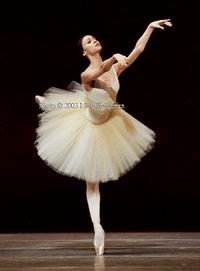 The leading role in the establishment and evolution of the Russian ballet belonged to foreign masters. At the end of the 18th century active in st Petersburg were Franz Gilferding, Gasparo Angiolini, Giuseppe Canziani and Charles le Picqu. But already in the 1790s the first Russian ballet teacher, Ivan Valberkh, became prominent. The main sphere of his activities was a small mime ballet company. He sought to make his productions rich in subject matter and to create recognizable lifelike images. A special place in his work was occupied by ballet divertissements which reflected his responses to the events of the War against Napoleon. The history of the St Petersburg ballet in the 19th century was associated with the activities of Charles Didelot, Jules Perrot, and Arthur Saint-Lion. In 1869 the position of the principal ballet master was entrusted to Marius Petipa who markedly raised the professional standards of the company. The peak accomplishment of this famous master became ballets staged in the period of his collaboration with the composers Pyotr Tchaikovsky and Alexander Glazunov – The Sleeping Beauty, Swan Lake and Raymonda. The talents of many generations of ballerinas have been revealed in them – from Yekaterina Vyazem, Marina Semenova and Galina Ulanova to younger dancers who are just fledging on the Mariinsky stage.

At the turn of the 19th and 20th century the Mariinsky Ballet Company yielded to the world of ballet such great dancers as Anna Pavlova, Mathilde Kschessinska, Tamara Karsavina, Olga Preobrazhenskaya, Olga Spesivtseva, Vaslav Nijinsky, Nikolai and Sergei Legat. Many of them glorified the Russian ballet during the legendary Saisons Russes in Paris which familiarized Europe with pioneering works by Michele Fokine. The years after the revolution were a difficult period for the Mariinsky Theatre. Almost all its leading artists abandoned the company. Nevertheless during these years the classical repertory was retained. And in 1922 when at the head of the company was put Fyodor Lopukhov, a daring innovator and a brilliant connoisseur of the past, its repertory was enriched with new productions, in particular ballets dealing with contemporary life. It was during those years that Galina Ulanova, Alexei Yermolayev, Marina Semenova, Vakhtang Chibukiani, Alla Shelest and many other future celebrities of the St Petersburg ballet came to the company 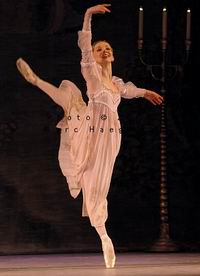 The 1960s saw the staging of Spartacus and Choreographic Miniatures by Leonid Lavrovsky, the productions of The Stone Flower and The Legend of Love by Yury Grigorovich as well as The Coast of Hope and The Leningrad Symphony by Igor Belsky – the ballets which revived the traditions of symphonic dances. The success of these productions would obviously be impossible without superb performers. During the period of the 1950s – 1970s among the dancers of the company were Irina Kolpakova, Natalia Makarova, Alla Osipenko, Irina Gensler, Alla Sizova, Rydolph Nureyev, Mikhail Baryshnikov, Valery Panov, Yury Solovyev and Anatoly Sapogov. 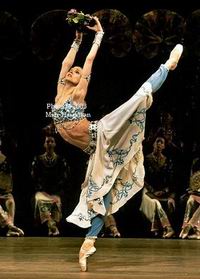 Towards the end of the 1970s in the repertory of the company appeared Le Sylfide and Naples by Auguste Bournonville, fragments of ancient choreography by Perrot, Saint-Lion and Coralli. Roland Petit and Maurice Bjart came to work for some time with the company. The Tudor Foundation gave rights for the ballets Lilac Garden and Leaves Are Fading. Jerome Robbins staged in the Mariinsky the ballet In the Night.

It was in 1989 that the Mariinsky Theatre first staged ballets by outstanding choreographer George Balanchine, who began his career in Petersburg. The next decade saw the theatre’s repertoire enriched with productions of the leading choreographers of the mid 20th century to the early 21st century: Kenneth MacMillan’s Manon and John Neumeier’s Now and Then and Spring and Fall. Specially for the Mariinsky Theatre Neumeier staged Sounds of Empty Pages to music by Alfred Schnittke.

These years also saw intense work to restore Marius Petipa’s The Sleeping Beauty and La Bayad`re, both highly acclaimed in the international press.

The number of world premieres has grown too, with Alexei Ratmansky’s staging of Cinderella and The Nutcracker and The Magic Nut (music by Sergei Slonimsky, libretto, sets, costumes and production design by Mihail Chemiakin and choreography by Donvena Pandoursky), the latter two together comprising "Chemiakin’s Hoffman".


The Ballets of George Balanchine

The Ballets to the music of Dmitry Shostakovich


Dmitry Shostakovich
The Bedbug
Ballet in one act

Dmitry Shostakovich
Overcoat after Gogol
ballet in one act


Dmitry Shostakovich
The Young Lady and the Hooligan